The first Region 10 LMC Meet was organized on 20th March 2022, which was attended by all 8 Committee Members. R10 Director, Mr. Deepak Mathur inaugurated the meeting. He highlighted that Region 10 today has 6 Councils and 60 Sections, and is the largest Region in IEEE. Region 10 has several affinity groups such as Young Professionals (YP), Women in Engineering (WIE), Consultant Network (CN) and Life Members (LM). Region 10 has 43 milestones, exceeded the Senior Member Elevation target in 2021, and NSW Section will celebrate its 50th Anniversary this year. Region 10 bi-annual SYWL Congress is being held from 11th to 14th August 2022 at Jeju Island, South Korea. He also highlighted the contributions of 150 volunteers in various R10 Committees.

The first LMAG meet of the year was organized on 26th March 2022. 15 LMAG Chairs and R10 Director, Mr. Deepak Mathur attended the meeting. Participants deliberated on issues like the constitution of LMC 2022, LMC and R10 awards, expenses report filing procedure for individuals as well as Section/LMAG reimbursements, anniversary celebrations by R10 LMAGs, LM conferences as well as issues faced by LMAGs.

LMC launched the following new awards in 2022 for each IEEE Region. 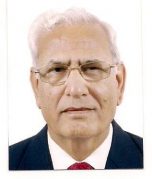 The call for the nomination was issued on 1st March 2022 with the closing date of 15th April 2002. Based on nominations received, the following are awardees from Region 10.

IEEE Region 10 Student, Young Professionals, Women in Engineering, Life Members (SYWL) Congress 2022 was held in Jeju Island, South Korea from 11th to 14th August 2022. The venue for the congress is Shinwha World Marriott Resort, Jeju, South Korea. The theme of this year’s congress is “Sound and Young Influence for World Leading”. The congress started at 1300 on 11th August 2022 and close at 12 Noon on 14th August 2022.  Three sessions of 2 hours each are planned for LMs. Two sessions are organized on 12th and 13th August 2022. LM sessions include LMAG Meet for R10 LMAGs and invited/technical/industrial talks. Details can be accessed at the SYWL Congress website http://sywl2022.ieeer10.org/.

A.Introducing Life Member Track in Region 10 flagship conferences. To start with, LM track is planned for R10 TENSYMP held in Bombay from 1st to 3rd July 2022 and R10 HTC Conference at Hyderabad from 16th to 18th September 2022.
B.Anniversary celebrations by LMAGs on completion of 5, 10, 15 & 20 years. LMAGs at Delhi and Nagoya are planning anniversary celebrations during October 2022 along with IEEE Day.
C.Induction of YPs into the Life Member Committee of Region 10 which will be a great experience for both YPs and LMs.

A.Region 10 Life Member Coordinators meet was held on 12th March 2022 for Sections/Council not having LMAGs.
B.New LMAGs were formed at Australian Capital Territory Section on 23rd March 2022 with Dale Siver as Chair, and Daejeon Section on 10th June 2022 with Hyeong Ho Lee as Chair.
C. Up to May 2022, 63 activities are organized by R10 LMAGs.