Zheming Zhuang, the outreach coordinator of the IEEE R10 Student Activities Committee, became an IEEE member in 2017 and has been actively contributing as an IEEE volunteer since then. Zheming actively promotes Chinese students to participate in international academic competitions and volunteer services and has engaged with more than 30 Student Branches and hundreds of Chinese teachers and students. With his own experience, he dedicated himself to the “3I” volunteer system and achieved great outcomes. As a result, he received the Chinese Student Best Practice award in 2018. 5 years as an IEEE member – especially as an active volunteer – has made a significant impact on his professional as well as personal life.

IDEA: In 2017, Zheming learned from IEEE China that IEEE has dozens of competitions for students, and the one he was most interested in was the Robotics Design Challenge. He gained enough basic knowledge through platforms such as IEEE Xplore, gradually formed creative ideas, and designed his first work. Completely new to the competition, Zheming only won the Silver Award. But through this experience, he learned how to make an excellent design. He then joined the team of Prof. Jian S. Dai, who is an IEEE Fellow, and started his journey of scientific research.

INNOVATION: Under the guidance of his tutor, Zheming successfully created practical products from his idea for the Robotics Design Challenge, and applied for 43 patents. In 2018, having enjoyed the fun of IEEE student activities, he took the initiative to apply for cooperation with the IEEE China Representative Office to organize the Tianjin University Robot Festival. He set up a competitive robot competition on the main track, and innovatively added robot-related posters, novels, and other peripheral product competitions, accumulating nearly 1,000 participants. Zheming set up a stage for students to integrate multiple disciplines and made the Robot Festival a common festival for students of Tianjin University. 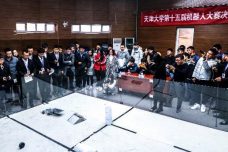 IMPACT: In 2019, Zheming started his work in R10 SAC and is responsible for contacting the Chinese Student Branches. He has actively promoted Chinese students to participate in international academic competitions and volunteer services and has engaged more than 30 Student Branches and hundreds of Chinese teachers and students. With his work, the performance of Chinese students in prestigious events, such as IEEEXtreme 15.0, showed a significant increase. More and more Chinese students are getting involved with IEEE because of Zheming’s efforts. 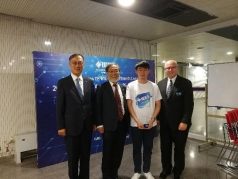 “Where there is a will, there is a way. I believe we can make a great difference in the further.” Zheming Zhuang（zhuangzheming@tju.edu.cn）